Dating or rather, being in a relationship is believed to be one of the compulsory units studied in the social world of today and everyone wishes to score an A more so during the courting period.

Now with the emergence of modern technology, the use of social media has made most women publicize their love life only focusing on the positive side of it, to please friends and other members of the public.

Just like most relationships, disagreements are normal as they help strengthen the bond between couples but women with their ‘always strong’ attitude even when they are in toxic relationships, they still floss of being in a perfect, free-from-drama commitment which doesn’t help ,instead it only raises eyebrows.

There have been many reports of ladies physically and emotionally abused; which include from verbal abuse and constant criticism to more subtle tactics such as intimidations, manipulation and refusal to ever be pleased by their partners but still, they garnish their lifestyle stories so as to maintain the good vibe they had started and choosing to stay, because of fear-fear that when they complain, the relationship will end and they will be alone.

They are so terrified to an extent that they are willing to accept being treated as less than they are. They have convinced themselves that being disrespected is better than being alone.

It is high time women should stand strong and discover their own voices and let no one demean them. There is no crime in being alone so long as there is peace of mind which in this case, is paramount.
There is power in discovering your own voice! 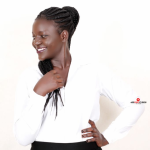 Respect is paramount in relationships

If not ready for a commitment, mingle until 40

Would you forgive a cheating partner ?

1 thought on “There is power in letting go of fears to escape being in toxic relationships.”