“I take you to be my lawfully wedded wife/husband, for richer or poorer, in sickness and in health till death do us part.” Wait a minute, how does this turn into, “I wish I had never met you” just a few months/ years into marriage? Petrifying! What happened to that better half you swore to love and cherish in front of the clergy and God?

I am torqued off by the society that has normalized every aspect of relationships and marriage. In this context, cheating, lying, and ignoring important vows. “Cheating is normal “this is a statement I hear over and over again which has made me sick for partners who stick into toxic marriages in the name of the ‘new normal’

The question is what propels people into this deed? We probably have all this figured out but allow me to break it down a notch and seduce you into mingling if you are not ready to deal with the temptations that come along with these carriers of the cheating virus.

United Nations published their first quarter demography and stated that they are 7.8 Billion people on the planet with women being 5.6 Billion and men being 2.2 billion. For many, this would become a justifying point to praise getting more than one woman for a wife.

I have listened to more others claiming that even the Bible says that seven women shall take hold of one man forgetting that for marriage, God desires that couples learn to be faithful and committed. He warns any person who commits adultery that it’s an utter fool for he destroys himself/herself and advises to give honor to marriage and remain faithful to one another.

Now, technology has brought a new wave, social media that has reduced the world into a village. It is a distractive field that has stirred communications that give birth to unplanned relationships.

If married, the media gives you a space to find peace in the “cloud” from other partners. Cheating is justified in the new trend of memes that people have designed to deal with reality and their insecurities.

Fake it till you make it in someone’s dm is the new inclination to infidelity. Maintaining a social distance of 1.5 meters is the only rule that couples can adhere to today.

Virtual distance brought about by social media has reduced a very important aspect of a healthy relationship that is; emotional connection. This leaves a void in someone, propelling them to seek physical satisfaction.

Peer pressure is another killer of relationships. Let’s take, for instance, Peter, a married man, who has a friend Kamau, another married man. Kamau gets himself a young girlfriend, in a few weeks Peter will end up getting a lady to fit in and from pressure from his friend.

Another scenario is a married woman who is not satisfied in bed looks for young blood to devour him. This not only happens for married people, relationships too because friends have preferences for the type of person they would want for you. Therefore you end up making decisions to please them.

Peer pressure does not only propel cheating but also “sponsorship”. Money is the root of all evils. In this case, the wallet becomes the ticket to dating young women forgetting that a man with money has a voice but the woman is the amplifier. Girls are ready to speak volumes and drill from every bank they are called in to sign the cheque to fit in their chic flicks where being cool is breaking the rules.

All of the above factors make it harder for marriage to work. They are flowing rivers carrying impurities of mistrust, misunderstandings, infidelity, and lack of healthy communication and seeing your partner as unworthy due to speculations created. Whatever your justifications, I do not see the point of you getting married today, and tomorrow you have forgotten the vows you made yesterday.

According to April Davis, the Founder of LUMA LUXURY Matchmaking, there isn’t necessarily the best age to get married, but there is the best time to get married and this is when different parts of your life are likely to start making more sense and you feel more stable.

Today, I tell you that getting married as proof has its pinches; since you’re still not done with the mingling stage, when you want to be seen with several girls to be referred to as ‘king’, a stage you want to have several outlets of every human species texting you good morning babe, sweetheart have you eaten, how much do you want for vacation? Etcetera.
“Ensure that before you make that vow, you are done with the mingling stage”

Curve someone’s son or daughter when you have closed your doors for the ONE when the above factors do not hinder your sound judgment, pride, and prejudices. I don’t see the need of getting married and cheating on the one you claim to love.

Make your map and decide the best for you to achieve a good marriage or relationship if not, mingle until 40 when you are done with the one-night stand games but remember you won’t be getting any younger. Set your priorities right and discover what you want, who you want, and stick to that. 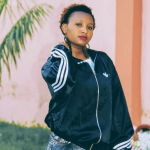 8 thoughts on “If not ready for a commitment, mingle until 40”