Unity in building better relationships and societies was this year’s message dubbed ‘Better Together’ this was a 14th theme that sees to it that artist in Kenya work together for a just course.

Wahu kagwi with her song Nifanane won the best gospel music video of the year and this is her first groove award after her transition from secular music to gospel music.

However famous gospel music rivals Bahati and Willy Paul were unfortunate to miss out on the spotlight this year.They were not nominated in any category. The two last year showed disinterest when they received awards for song of the year ndogo ndogo featuring David Wonder and Gospel video of the year- jigi jigi . The two have nevertheless, showed promising work this year by producing hit songs with various collaborations.

Here is the full list of the Groove award 2019,14th edition winners.

Artist of the year- Eunice Njeri

Younger Groover of the year-Amani G

Diaspora artist of the year-Benanchi

MC of the year-Timeless Noel

Song writer of the year-Pitson

Online personality of the year-Kabi and Milly

Video producer of the year-Steve mugo

Audio producer of the year-Gideon Kimanzi

Breakthrough DJ of the year- Ken the DJ

Groove awards has celebrated excellence in Gospel music in Kenya. They are the nation’s most prestigious and recognized Gospel music awards as they bring together gospel Artists across the nation. 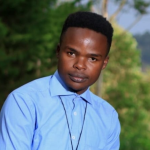