Most people would define homophobia as the fear of homosexuals people treating you how you treat women. This is somehow true especially in most African cultures .

Women are treated with disrespect, they don’t have a say , they are literally bred to be told and guided on what to do . Most of them who can’t be in line to this type of treatment are branded as boss ladies and are usually not in most men’s ‘market’. Is it wrong to be in charge?

Homophobia is often the term used for intolerance toward bisexual people, but the bisexual community also struggle with biphobia. This is when their sexuality is seen as invalid. Biphobia comes from a belief that you are either straight or gay, and that sexuality is not a spectrum.

How are people homophobic?
People can be homophobic in many different ways. Homophobia takes the form of insults, discrimination and even includes violence. Such abuse is motivated purely on the fact someone is of a different sexual orientation.

This bullying is born out of ignorance, fear and, in many cases, immaturity. Homophobia isn’t always obvious either. If you are ignored or not treated with the same respect as a heterosexual person this is still homophobia.

Let’s leave Britain, in Kenya most gay people are looked down upon. Most gays don’t have a say and they literally have to hide and sneak to be with the people they love. Can’t someone be in charge of their own love life ? Why judge people who are living their own lives ?

Those opposed to homosexuality regularly describe being gay as a choice, despite all evidence to the contrary. But what is never explained is why people would make this choice in the first place.

Homosexuality might be partly driven by a mother’s immune response to her male fetus—which increases with each son she has.

Here’s what we know: Homosexuality is normal. Between 2 and 11 percent of human adults report experiencing some homosexual feelings, though the figure varies widely depending on the survey. Nobody has a right to judge someone’s sexuality . 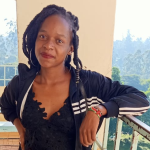 Love should be simple