Senegal secured a place in the round of 16 in the 2022 FIFA World Cup after beating Ecuador 2-1, making it the first African country to make it through the knockout stages.

The Lions of Teranga broke the deadlock in the 44th minute after Piero Hincapie collided with Ismail Sarr making the referee award penalty to Senegal. Sarr scored the penalty late in the first half making Senegal take the lead.

Ecuador started the second half in a more determined, reassuring mood. This was reflected by Moises Caicedo who leveled up the score giving hope to Ecuador fans. The goal really mattered as Ecuador needed the goal to make it to the knockout stages.

However, Koulidou Koulibali shattered their hope after scoring his first international goal at a critical time for Senegal. Ecuador’s defenders left him unmarked making him receive the ball freely from a heated free kick.

Aliou Cisse became the first manager to lead Senegal to the Africa Cup of Nations title in February 2022. He now become the first Senegal manager since Bruno Metsu in 2002 to make it to the World Cup round of 16 when he captained the team. 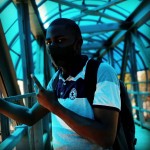 The international break is over. Find out when your favorite EPL team is playing