Speaking at the stadium Kenyatta vowed to fight corruption to the latter as he says it has stolen the country’s wealth and trust. “The war against corruption, is a war we are undertaking with no joy, but one that will continue with no reluctance. I will not stop until the house we inherited from our forefathers has been swept clean. Then, the Plenty within our Borders, can be secured for current and future generations,” he reiterated.

This comes when corruption cases touching high profile persons mushrooms. However the President is determined with the investigations and prosecution agencies and believes that the agencies have necessary resources to undertake their mandate.

Kenyatta challenged the judiciary to up their game and work tirelessly in ensuring that corruption cases are heard and determined on time. “Those found culpable and responsible of the graft face jail terms and vacation of their respective positions,” he warned.

The head of the nation noted the efforts and inputs made by national building bridges committee chaired by Major Rtd. John Seii saying that it has created amity and togetherness thus cooling the political temperatures which was realized in the last 2017 aftermath general elections.

In the nation’s economy Kenyatta said there is remarkable processes and are growing beyond the trade strongholds such as agriculture, tourism and logistics. “Kenya’s economy is the largest and the most diverse in the region,” he said.
In addition the Central Bank of Kenya governor Patrick Njoroke announced that older Ksh.1000 notes shall be withdrawn.

“By a gazette notice dated May 31st 2019,all persons have until October 1st 2019 to exchange those notes after which the holder of 1000 back notes will cease to be legal” CBK governor announced. He further lamented that there is emergence of the counterfeits which disturbs the proper transactions and trade in the country. 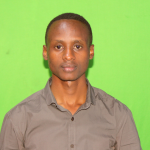