His departure evokes sadness to many

On Monday July 1,the world woke up to the news of the departure of Safaricom’s CEO Robert (Bob) Collymore .The 61 year old was fighting myeloid Leukemia, a rare type of cancer which affects the bone marrow and blood cells.He will be remembered for alot of programs that he has intimated when he was the CEO of Safaricom PLC including the Mpesa academy among many projects he oversaw. Kenyans and the world expressed their sentiments on social media with everyone praising him for his outstanding work. Bob was once quoted saying that his purpose is to help as many people as he can do the right thing.

Kiss 100 Presenter Kamene Goro poked fun at huddah for her poor English. Huddah Monroe known for her FUNGA DUKA campaign where she requested to abstain from sex. She hit back with a stinging post in which she referred to kamene as a peasant.

Fans on social media were left divided over this beef and many appeared to sympathize with Huddah.
“Kamene Goro should be going after the likes of Vera Sidika. Going after Huddah is a suicide mission cause tuko nyuma yake Kama mfuko ya jeans, “ commented Gifted baby .

UASU threaten to paralyze learning over plan to merger varsities.

University Academic Staff Union (UASU) has opposed the proposal by Education cabinet secretary professor George Magoha to merge public universities. UASU has disagreed on the issue and claimed that this plan was punitive and will undermine higher education. Dr. Wasonga asked that the government should explain to Kenyans how it is going to save money by going ahead with the merger plan.

After the departure of Maurizio Sarri to Juventus ,Chelsea have appointment the former midfielder ,Frank Lampard to replace him.He is a record goal scorer with 211 goals across all competitions.He made 648 appearances for Chelsea in the 13 years he was at Chelsea.Lampard signed a 3 year deal to coach the club.

Harambee stars out of AFCON competition

Harambee stars are back home after losing 3-0 to Senegal. The team’s hope of qualifying for the round of 16 were high after beating their neighbors Tanzania 3-2,but there joy was cut short with a draw from Benin and Cameroon throwing them out of the competition. 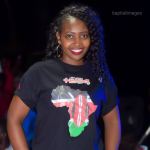 Out with the escapism