Interior Cabinet Secretary Dr. Fred Matiangi on Wednesday ordered the deportation of Chinese nationals who are currently engaging themselves in business in Nairobi’s Gikomba market.

Dr. Matiang’i said this during the launch of an e-passport immigration centre in Nakuru county. He also added that all foreigners working as small scale traders illegally in the country will be deported immediately.

“I will direct security authorities to deport the traders because they hold illegal work permits,” he said.

During the launch of the immigration Centre, the Cabinet Secretary revealed that at least one million Kenyans have gained possession of the new generation e-passport preceding the August 31st deadline. He mentioned the fact that most Kenyans still have the old generation passports.

Dr. Matiang’i defended the government’s work permit policy, saying it was the strictest in Kenya’s history. He also added that whoever wants to apply for a work permit should not do it in Kenya but from their respective countries before securing a business in the country and considering it legal.

“Anyone who wants a work permit will have to apply it from wherever they are in their countries,” he said.

The newly launched headquarters in Nakuru is one of the country’s local immigration centers, others are located in Eldoret, Embu and in Kisii.The centre is expected to provide efficient immigration service . 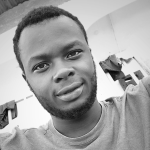