It was long enough to eat me up in my insides..ooooh..!!!..another thrust.. aaaaahh..!!!..I gritted my teeth trying to take in the dose.I dug my nails into his delicate skin to no avail.

I couldn’t contemplate no more. I dug my enamels into my favorite meal, the pleasure was intense, almost unbearable.

He let out the growl that left the cave in tremors, my beast loved it’s position. This was all I could feed him,or so I thought.The thickness still inside me.

He brought my face to his,, caressed my cheeks all the way to my neck and sank his canines into my bare right shoulder..hell yeah!!!Now that was more like it.

His hot mouth on my neck was a damn turn on.I was burning up.I was the flame and he was the gasoline,the aftermath was a nuclear bomb.He savored the red fluid he sucked. like his last drop of water,we caught our every breath like it was our last.Our movements led us closer to the end.

He licked the liquid all over his lips looking deep into my watery eyes, clearly stating that red wine was no better. I was still feeding on this other end.I didn’t seem to have enough and neither did he.

I tore his skin,shredding it to parts devouring his capillaries while moaning out his name.He returned my unforgiving act accordingly. He gripped my elbows,placed me at a strategic angle so I could have my own fill.

We were both panting heavily,wanting more of each other than the other was having, the cave reeked of steel, lovemaking and flesh that I almost threw up. We were already loving this. There was no looking back.

Our heartbeats were slowing down.Our skins were becoming pale.Our eyes were begining to pop out.. but we both had a goal,we had to be the last meal we had of each other…at least that kept us alive..the floor was drenched,the cold night air was yearning for us and we quickly obeyed.

Our fingers intertwined,, holding onto each other’s strength, we lay there, hoping the stalactites had captured our lovemaking art,,and we drifted off,to the abyss of profanity. 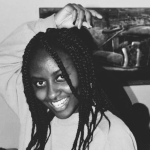 Respect is paramount in relationships

If not ready for a commitment, mingle until 40

Would you forgive a cheating partner ?

4 thoughts on “Cannibals can love”