It’s the roof that betrays the ‘inside house’ when it leaks. In the same manner is how the system works. Seeking the best of thoughts, it betrays or eliminates its own roots and branches caring not of where it’ll stand tomorrow or where its dependents will seek shelter. Maybe it’s the view that tomorrow isn’t anywhere closer or just the arrogance of time. If not it is how it is supposed to be then.

First it was trust based on threats and force. With time the good man tasted sin and thriving in it, saw no need to let go. Time had cemented the three senior government’s Officials relationship, The finance minister, the Attorney General and the Head of public service.For now at least, it was trust based on guilt and fear. The head of public service was a strong opposition cohort, who lusting to bathe in the bloody waters of the government, defected and let his past not define him. Of course he lost his astute modesty to the local mwananchi but then this was politics and the local man too was hungry just as he was. The seat he now holds was a reward for his two- pennied ‘betrayal’

As the three sat on the round-table engaged to what seemed to be an intimate conversation, all trusted each other if not by far, then the level of trust was beyond definition. But still, with all these someone was a betrayer in their innocent midst. They would soon realise or just later, what mattered was the ‘realization’. It was a mega plan that ought to be approached with caution and surety lest the three would rot in the dungeons.

Checking on his wrist watch, the Finance minister Dr. Habna cleared his throat and began.

“It’ll take us time but we must trust ourselves”

“But how?” “I no longer trust the president. Of late he has been an ideologist, one who holds tight to his thoughts till its all done”, interrupted the Head of public service, Hon. Rohki.

“Our fate is predetermined”. “We would lose too big trying to win small”. “The matter at hand is just… “he went on before Dr. Habna cut him short.

“Hahaha” he laughed and stood up.
“Rohki, you must realize this isn’t a child’s play.” “We are men of dignity right?” ” We are talking of billions” He went on, moving from one point to another in the partially lit room.It seemed they knew so well that walls have ears or eyes and they were determined not to take any chances.

“So you prefer billions to your dignity? “spoke the Attorney General for the very first time.

“Dignity? “. “What’s dignity when your account read billions?”. “Dignity is like a name with a broke self” Said the Head of public service.

“They raped their own system and now she is mad at them” “Demanding for a little penny in exchange for votes, remember? ” went on the Finance Minister.

“Dr. Jolek, come on to your senses, forget about dignity. Are you not aware that of late on the scale money weighs more than justice? Or are you a foreigner in this land not to know that? said Hon. Rohki,

“They too know that” added Dr. Habna standing right behind Dr. Jolek.

“Krrrr, krrr…..” there was some metallic whispering.The type of a sound produced by radios or telephones when they lose signal. The Attorney General with his mouth lurching on realizing the recorder stuffed deep in his pants had opted for a prior betrayal before he could do so to his colleagues, had switched to ‘play mode’. Soon he would be labelled a sneak, one who ought not be trusted with secrets. He thought to himself, trembling and coughing again and again to cover up the speaker emanating from his own midriff.

The Finance minister, a pudgy septuagenarian with hints of a wrinkled face and a friend of war from his looks continued speaking. The Attorney General was completely withdrawn and suddenly rose and swiftly led towards the lonely corridors that led to the loo. Once he was out of sight, he adjusted the device, went inside the loo, washed his hands and resumed his seat.

“The Attorney General does not want to miss a single link to these treasures” replied Dr. Habna and they all burst into laughter.

“In Fact I miss the moments I was away, it costs millions right? ” he said jokingly, trying to redeem his confidence.

Sooner or later, this meeting would be a basis for a haunting. The Finance Minister and the Head of Public Service in a way and the Attorney General in a different way altogether, though his unredeemable at any cost.He would have lost it all for throwing his entire weight behind fighting a cruel regime, too cruel for life or sympathy for a couple of heartbeats. Time would soon tell.

“I’m not a Brutu, the low pace sword players. Too slow on hints” came up the Attorney General. He was trying to defend his swift action, cutting any reason to be doubted.

“Maros will win the war.” “I trust my people at least” defended Dr. Habna.

“I hate wars but like money” said Hon Rohki. Perhaps it was because he was from the Luku tribe, one of the minors or he just meant his words referring to the subject of the meeting.

“With all the money, that is after this deal is done altogether and we all have our shares, I’ll plough back to the society, at least buy my people some guns.” “Or how do you see the idea Dr. Jolek?,you are my tribesman right?”

“He is but not a war patriot like you” interrupted Hon Rohki.

“Wars have been there since the ancient days. I believe you are both in a way Historians. Have you read about Trojans going to war with the Greeks? Or just Alexander The Great of Macedonia? And Hannibal of Carthage? If yes then you have no reason to blast the tribal wars between the Brutus and… “

Dr Habna was cut short with the door that was swung abruptly open. It was her secretary. She whispered a word into his ear and both left without saying a word.

Dr. Jolek and Hon. Rhoki stared at each other for a moment; each one on his own thoughts perhaps on what was going on. No one spoke a word either. Dr. jolek stretched his hand across the table and bid Hon. Rhoki bye in signs already rising from his chair and left.

“Mheshimiwa” called out Layun softly just as any junior servant would refer to his senior.

“I’m afraid everything will soon run out hand” went on the secretary.

The Finance Minister was deeply engrossed in a phone call and did not get Layun’s warnings. He was trembling; body and voice.

“Yes, yes” he quickly responded to Layun trying to act as if he had got a glimpse of her words.

“So what did you say” he asked

“Things aren’t as we had expected them to be.” “The Director of Criminal Investigation was here this morning. He demanded the files to the various projects we had gave a report that were already complete.”

“So did you give them to him? “asked the Minister worried.

“Never without your consent”

The Minister took a deep breath and lean on the table his head facing down. He then rose and with a fist on both his hands, he bit his pulpy lips and shook his head, struggling for support on his trunk neck.

“Burn the files,” he commanded Layun as he reached for the door and walked away.

That evening news had it that the Finance Minister was among the big wigs accused of funding the ongoing war. He was arraigned in cell and released the next day on cash bail of 2 million shillings. The case was however scheduled to be heard in 2 months time. It wasn’t a surprise though. The judicial system too was corrupt, took bribes for favors and let the heavy pocketed fellas walk free off the hook of justice. The same case in third world countries. The system is a deflated kind. It lacks morals and integrity. All these aid in increasing the intensity of inequality and hence the gap between the extreme poor with some families surviving on half a dollar a day and the extreme rich broadening every single moment.

The same Finance Minister was linked to the murder of the opposition leader, a Brutu close to a month ago. It was all ‘rumors’ according to the Interior ministers report who had promised a keen investigation into the matter. Of course no one expected a positive outcome if positive meant the revelation of who had murdered the flamboyant politician, whose political career was at its peak.The investigation would soon be one of the many stalled investigations marred with missing files, murder of witnesses and missing evidences. In third world countries, investigation on high profile murders and assassinations means more death; an opportunity to swindle public funds and ‘birth’ of a new billionaires in town if not then a high profile millionaire.

They spoke in low tones as if they were hiding their own words from themselves. Soon someone profile would be dead. It was a matter of hours and the country would be in mourning. The local mwananchi would feel so sad and forget he lost his close relatives, family or friends in the same war. High profile figures would be led by the ‘Masters of the plot’ to write condolence messages on their social media accounts, obviously having high following, a path to high likes and retweets. They would hold press conferences bearing sad faces borrowed and condemn the assassination of he who they would term as ‘A person of the people. Dedicated to service and an Honest politician who the country would miss’. To their lips the assassination they themselves planned would be so untimely and unfortunate. 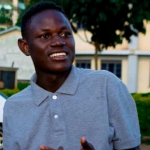 Justice in the wrong hands